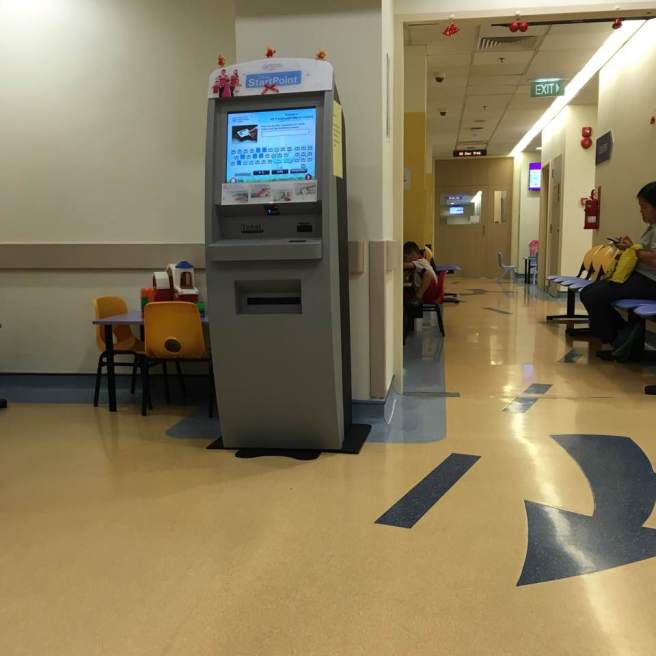 Let’s see how this review go.

Not your usual everyday assessment.

The entire process was in this sequence.
1) nurse took his past medical history and concerns about him
2) assistant psychologist did an assessment on him together with us. Series of guided questionnaire on APQR I believe.
3) assessment by the psychiatrist on our concerns. Noted his rigidity in his behavior, preference for color blue and spinning of car wheels and loves of vehicles.
Sensory issues to loud noises. When younger, reacted by kicking legs and squeezing open and shut hands.

Her initial conclusion is that he may have:
1) high functioning autism
2) anxiety

Now, we want to move on to really go in-depth to identify what traits of high functioning that he has. It is hard to pin point now but it may be a social inability to cope. If everything is ruled out and he doesn’t really fall under a spectrum, that would be great for him.

There is anxiety, and she agrees that Isaac needs to see a psychologist to manage it.

So her plans are to refer him to a doctor who specializes in autism spectrum, and eventually to a psychologist which may come later.

She also recommended us to attend a Sign post parenting workshop where they teach parents who are going through challenges how to manage these challenges. That's great to know as I've been looking on how to manage his anxiety issues.

She also ask us to fill in an anxiety report form for us to gauge Isaacs anxiety level.

There is another form to be filled but from the teachers side. It is more comprehensive and will help the doctors plan and individual management plan. We’ve to get it done before his next review with the autism doctor.

Background on why we brought him for an assessment

I’ve noticed for a few years now his inability to cope with new situations of freaking out and melting down.

When he was 3 during field trips he would be the only one in school who refused to follow the program because “scared”. Mentioned it before to his allergist then and he brushed it off and said it’s probably his personality. When he matures, it will probably get better.

All will illicit a same “freak out” response.

He will clam down, shut down refuse to move. Body posture is like dragging a dog on lead that refuse to move. And if that doesn’t work, he will meltdown and cry. Like a baby.

This also translate to his fear of trying new food

And with his multiple food allergies, it is even more difficult to for him to try new things.

His default order is always teriyaki chicken at ichiban boshi. Every single time. There is some patterns of repetition there.

His obsession with color blue. Spinning wheels (but I really didn’t think he was that obsess with it, but does spin quite a bit-like he will turn over the bicycle to spin the wheels when he was 2-3 yo). He has come to accept other colors but it must be colored a certain way.

Like if he is coloring a rainbow, it must follow the sequence of the rainbow color. Gets angsty if it’s out.

If he is coloring lightning mcqueen, it must be red and follow how McQueen looks like in the Cars movie. Little little things.

But he seems fine, just nuances of repetition here and there and it’s hard to notice if you’re not his mom.

Also, compared to his peers it’s very obvious he is still unable to cope with a lot of new situations.